When a Lustgarten Foundation supporter started a viral crowdfunding campaign during a Jeopardy game, the pancreatic cancer organization knew they needed to improve their donor experience— fast. So we worked together to give donors an experience they won’t soon forget.

We analyzed Lustgarten’s crowdfunding options and determined the best donor experience would come from creating a branded crowdfunding campaign within Classy, Lustgarten’s online fundraising platform. In under 48 hours, we delivered a branded, optimized giving environment with calls-to-action and autoresponders tailored specifically to this crowdfunding opportunity.

And when a good thing comes your way, why not maximize its potential? So, to expand the campaign’s reach and ultimately increase donations, we built pop-ups on Lustgarten’s site to attract website viewers to the crowdfunding campaign.

The results were astounding. In less than 48 hours, the Jeopardy campaign crowdfunded over $70,000 from over 250 unique donors. The real kicker? Over 50% of donors were first-time supporters of Lustgarten Foundation that are now being stewarded by the organization. 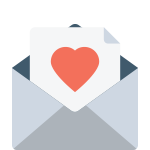 Set up auto responder eCommunication to thank donors in real-time

We’re thrilled Lustgarten Foundation called on us to prepare for this significant fundraising opportunity, and we’re delighted to provide the technological and strategic support to help fulfill their goals.

Do you want a flawless donor experience?